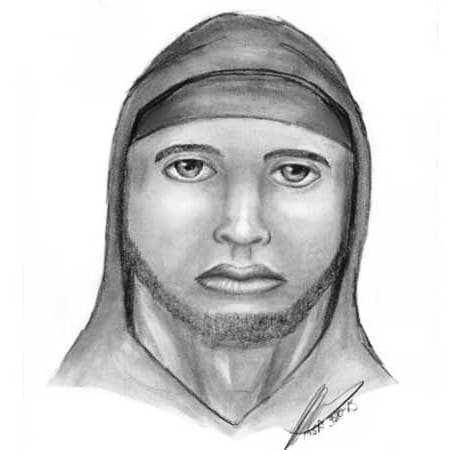 An armed robbery was reported at 9:52 p.m. Wednesday at the Pizza Hut, according to a news release from the department. The suspect was last seen walking east on E. Buffalo Street toward Bell Avenue.

The suspect is described as a lighter skinned black man about 6 feet 1 inch to 6 feet 3 inches tall and weighing about 175 pounds. He was wearing a black outfit with a hoodie that had writing on it outlined in red, according the news release. He had a neatly trimmed thin beard.

A sketch artist drew an image of the suspect while sitting with witnesses who described him.

Anyone with information about the robbery is asked to contact the New Buffalo City Police Department at 269-469-1593 or the detective bureau of the Berrien County Sheriff’s Department at 269-983-7141 ext. 7224.