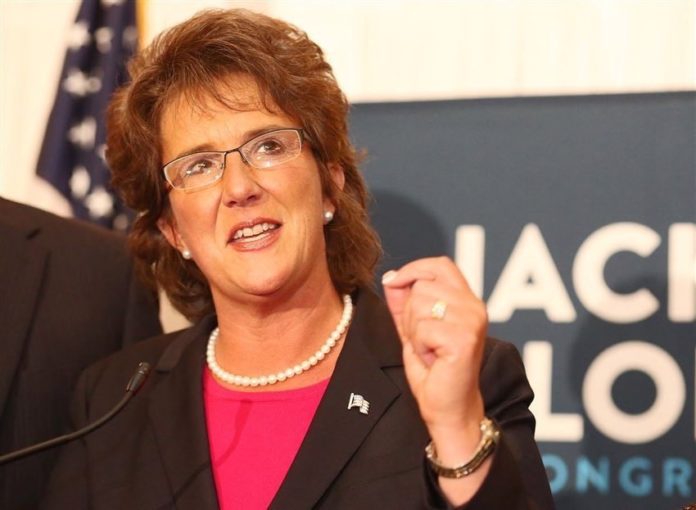 A source close to Walorski said Tuesday, March 24, that the Republican U.S. House member is mulling a bid for U.S. Sen. Dan Coats’ seat, now that he’s announced plans not to run for reelection.

The source, who asked not to be identified, did not elaborate or provide other details. Walorski, from the Jimtown area, is serving in her second term in the U.S. House, from the 2nd District in north-central Indiana.

According to her Twitter feed, Walorski was busy with House activities much of Tuesday. She attended a House Veterans Affairs Committee meeting and a hearing on atomic energy, among other things.

In a tweet shortly before 5 p.m., she offered praise for Coats, calling him “one of the most impressive political leaders,” but made no mention of senatorial aspirations. “He has embodied the Hoosier way & look forward to serving with him during his last term & wish him & (wife) Marsha the very best,” Walorski tweeted.

Speculation is running high about possible candidates to replace Coats, who announced his plans not to run Tuesday, March 24. Indeed, Walorski isn’t the only one apparently thinking about the possibilities.

The Washington Post speculated about Evan Bayh, the former Democratic U.S. senator from Indiana. The Hill tossed out the name of Indianapolis Mayor Greg Ballard, a Republican, and Hammond Mayor Tom McDermott, a Democrat, among others.

Sean Savage, a political scientist at St. Mary’s College in South Bend, wondered about Indiana Gov. Mike Pence, a Republican. He’s been mentioned as a possible presidential candidate, and Savage floated the possibility of the governor giving the Senate seat a try if he vies for president and fares poorly in the initial primaries.

MORE ON A POTENTIAL WALORSKI BID

As for Walorski, Savage noted that she’s typically ranked lower on conservative groups’ voting scorecards than other Indiana GOPers in the U.S. House.

That could make it tough in a GOP primary, when the voting base would likely be more conservative, especially if turnout is low. But if she were to run and make it past the primary, that could serve her well, in drawing votes of Democrats and independents, he said.

Walorski, who served three terms in the Indiana House, was first elected to the U.S. House in 2012, winning a heated campaign against Brendan Mullen. She was re-elected in 2014 by a more comfortable margin, defeating Democrat Joe Bock.

As a House member, she’s focused on veterans issues. She’s a member of the House Armed Services Committee, among others. “That’s considered a safe, bipartisan policy issue,” said Savage.

She recently drafted legislation to halt the transfer of medium- and high-risk detainees from the U.S. Naval Base at Guantanamo, Cuba, and raised her voice against what she says are President Obama’s insufficient efforts in fighting Islamic terrorists.

Coats announced his decision not to run, in part to make way for others.

“This was not an easy decision,” he said in a statement. “While I believe I am well-positioned to run a successful campaign for another six-year term, I have concluded that the time has come to pass this demanding job to the next generation of leaders.”