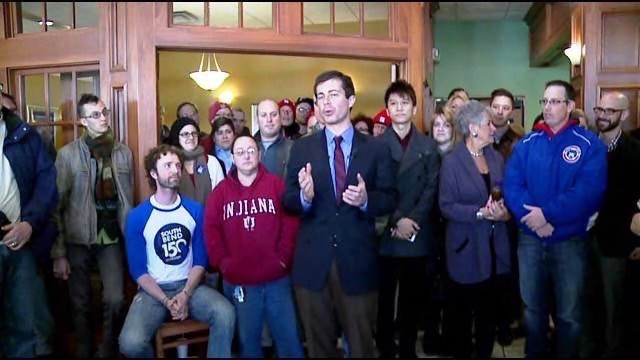 South Bend Mayor Pete Buttigieg appeared with several South Bend business leaders, on Friday, March 27, to express the city’s commitment to treating all residents fairly and equally, regardless of race, religion, beliefs, or sexual orientation, despite the state’s passage of the Religious Freedom Restoration Act.

Locally owned and operated LePeep Restaurant on S. Michigan Street was the backdrop for the public stand which came one day after Indiana Governor Mike Pence signed the so-called “religious freedom” bill into law.

“The whole country is getting a bad impression of Indiana as a consequence of this backward-looking bill, so we are gathering to show that South Bend is still open to all, regardless of what the politicians do in Indianapolis,” Mayor Buttigieg said. “I am pleased to join with a number of local businesses to reaffirm that commitment.”

The law, signed Thursday, allows Indiana businesses to use an owner’s faith as a reason to refuse service to customers, including same-sex married couples.

National businesses, conventions, and even other cities have threatened to withdraw their business from Indiana in response.

“No one has explained why the Statehouse is focusing on divisive social issues when we have such pressing needs for action on infrastructure, jobs, child protection, and education,” Mayor Buttigieg said. “We’ve been working hard to position our economy and community for the 21st century, and we will continue to do so despite the backward movement downstate.”