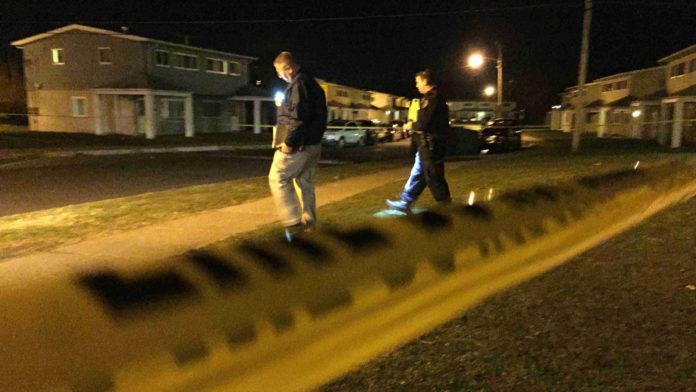 Berrien County dispatch confirms as many as four victims were shot Sunday night in Benton Harbor.

Police were called to the 100 block of Concord in the Highland Projects around 9:30 pm.

ABC-57 News reports two people were treated and released from a hospital.

Two remain hospitalized. So far no word of any motive, suspects or arrests.