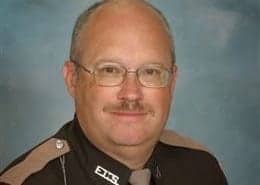 It turns out a man killed in a motocycle collision in Elkhart was a retired veteran officer with the Elkhart County Sheriff’s Department.

61 year-old Gerald “Jerry” Webb worked as an officer of the law for 37 years before retiring in 2006.

The crash happened Saturday, around 4:30 pm, at the intersection of County Road 6 and Emerson Drive.

The two people in the vehicle involved in the crash were not injured.

The Elkhart Police Department’s investigation of the crash continues.

RELATED: The crash that claimed Webb’s life is one of several crashes that have occurred in Elkhart County since Friday.