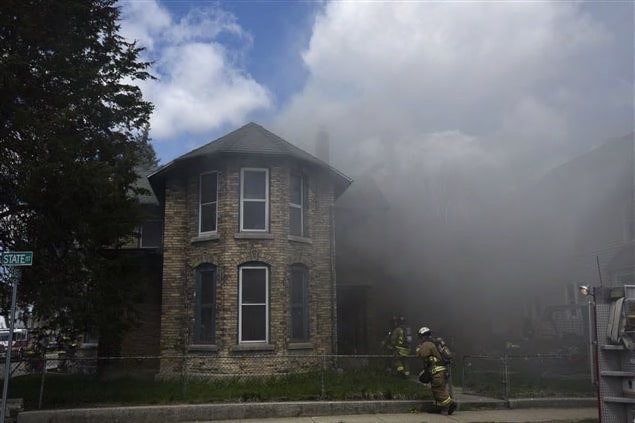 A home in the 200 block of State Street was damaged during a fire Thursday afternoon, April 23.

The Elkhart Fire Department was called to the fire at 1:21 p.m., according to 95.3 MNC’s news partners at The Elkhart Truth.

Dark smoke filled the air as crews worked to put out the fire. One person was in the home at the time, but got out without injury.

The fire was contained to one apartment, but crews say smoke damage was present throughout the building, The Elkhart Truth reported.

So far, there is no word on the cause.