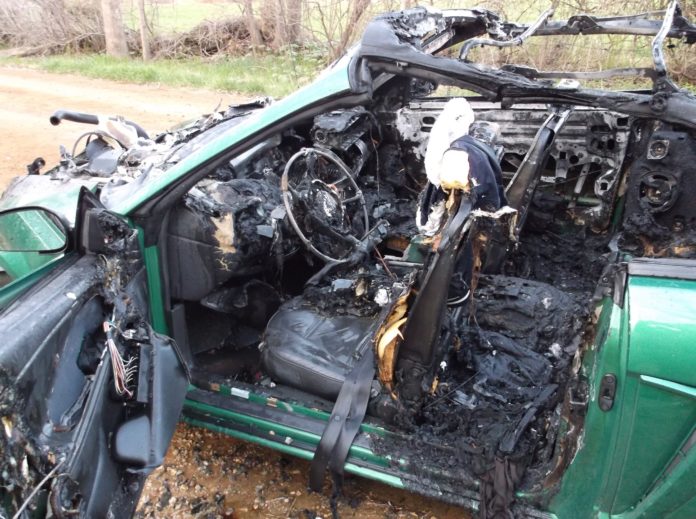 Emergency responders were called at 7:35 p.m. to 39th Street north of C.R. 358 for a car that crashed into a tree and caught fire with a person trapped inside, according to a news release from the Van Buren County Sheriff’s Department.

Witnesses who drove up to the crash tried to put the fire out with water bottles until the Paw Paw Fire Department arrived. Firefighters removed the driver while the vehicle was still on fire, according to the news release.

The woman was taken to Bronson Hospital with extensive burns. She died early Tuesday morning, April 28, according to Sgt. Jim Charon with the sheriff’s department.

A Paw Paw Fire Department firefighter was treated and released from Bronson Hospital for minor injuries he received while trying to free the driver.