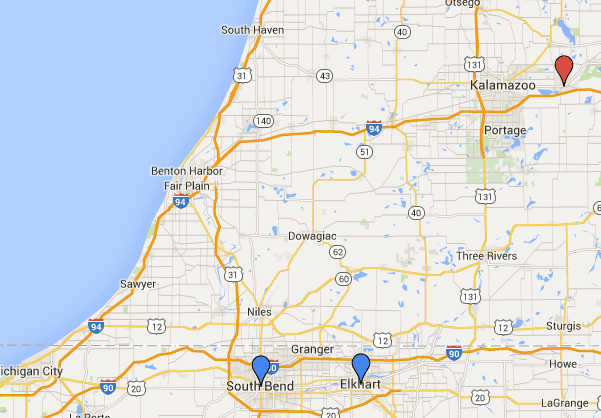 An earthquake about 80 miles away from South Bend was felt throughout southern Michigan and northern Indiana on Saturday afternoon, May 2.

A preliminary magnitude 4.0 earthquake occurred at 12:23 p.m. in Galesburg, Mich., according to the National Weather Service. Galesburg is just east of Kalamazoo, Mich.

The USGS later upgraded the earthquake to 4.2 magnitude.

Light shaking was felt throughout much of Michigan and several parts of northern Indiana, including in St. Joseph, Elkhart, Kosciusko and Marshall counties, according to the U.S. Geological Surveys map. Some Indiana residents as far south as Fort Wayne and Peru reported feeling light shaking.