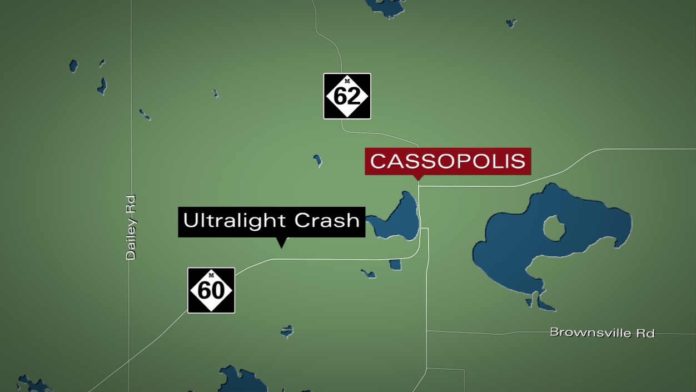 The pilot of an ultralight plane was taken to Memorial Hospital of South Bend on Wednesday night, May 6, after a crash landing near Mullins Road in Jefferson Township, Mich.

The 57-year-old Cassopolis, Mich., man sustained minor injuries in the crash, according to a news release from the Cass County Sheriff’s Department.

The man was the sole occupant of the aircraft and was flying near his home when the ultralight plane crashed into a tree, according to the news release. The crash is under investigation.