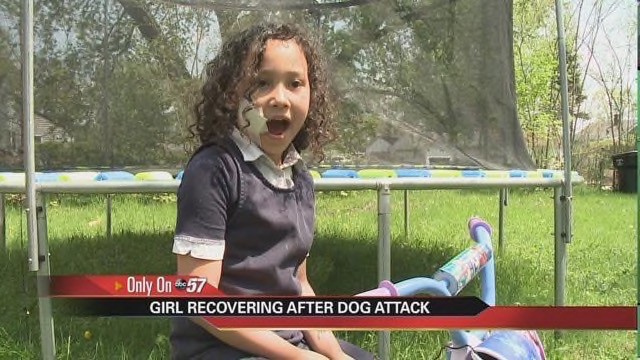 A 7-year-old South Bend girl was taken to the hospital last week after she was attacked by a stray dog while playing in her backyard.

Ebony Catching received nine stitches in her cheek after the attack, according to 95.3 MNC’s news partners ABC 57.

Ebony told ABC 57 that she was playing in her backyard near the intersection of Longley and Elmer streets when a stray dog suddenly came up to her and bit her.

Her mother, Miracle Catching, told ABC 57 that stray dogs are a problem in their neighborhood.

South Bend Animal Care and Control have searched for the dog and shelter manage Matt Harmon is asking pet owners to help out by spaying and neutering pets, which can help make animals less aggressive.

Harmon also said that anyone who sees a stray dog, especially one that is aggressive or that attacks a person, should take note of the dog’s description and call Animal Care and Control or 911 if its an emergency.