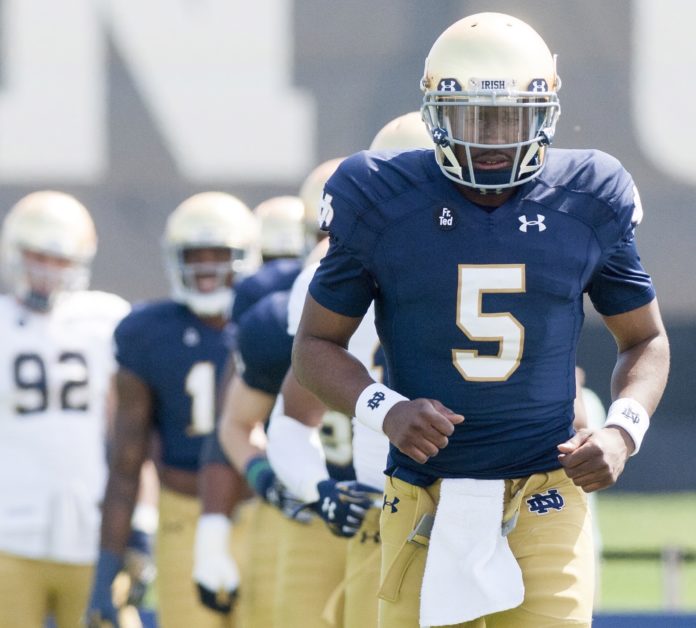 The Everett Golson era at Notre Dame has officially ended.

Golson announced his intention to transfer Thursday, May 7, handing the reins of the offense to junior Malik Zaire.

Though Golson’s departure solves the quarterback quandary, it’s certainly not an ideal situation for the Irish coaching staff. Head coach Brian Kelly recently praised Golson for having his best spring since joining the program, and the to-be fifth-year senior appeared to be ahead of Zaire in the competition by the end of April.

In many ways, Golson and Kelly have been intertwined for the past five seasons. Golson was Kelly’s first true quarterback recruit, the player whom Kelly built an offense around. Now it’s Zaire’s time. Find out what’s next for Notre Dame football in the full article on elkharttruth.com.