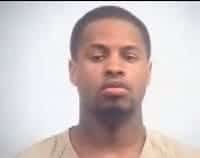 An Elkhart man convicted in connection to a deadly shooting nearly three years ago has been sentenced to 45 years in prison.

Cortez Wheeler, 25, pleaded guilty to the murder of 25 year-old Cordero Williams-El during a shooting outside Gemini’s Bar and Grill on U.S. 33 in Elkhart in late November 2012.

He was arrested on a warrant while serving time at Wabash Valley facility for a burglary conviction, according to 95.3 MNC’s reporting partners at The Elkhart Truth.

During last week’s sentencing hearing, Williams-El’s mother, Kim Joiner, said her son did not deserve to die, according to The Elkhart Truth.

Wheeler’s attorney said that in all his conversations with his client, Cortez always told him how remorseful he was.