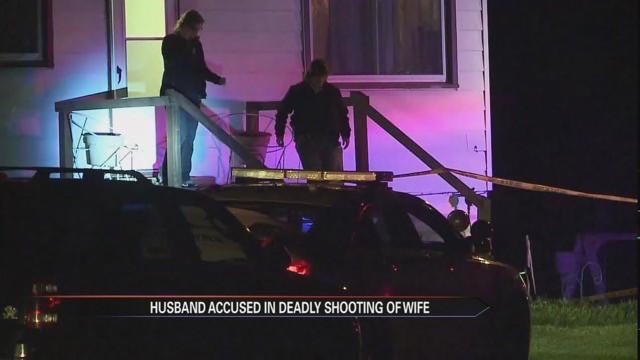 Police have identified a woman who police say was shot to death by her husband in Dowagiac, Mich., on Tuesday night, May 12.

Laura Jean Stineback, 42, was found dead with multiple gunshot wounds in her body, according to a news release from the Cass County Sheriff’s Department. An autopsy is being performed in Grand Rapids to determine the exact cause of death.

Stineback’s husband is expected to be arraigned at the Fourth District Court Wednesday afternoon, May 13, on charges of murder and attempted murder, according to the news release. His name will be released after the arraignment.

Stineback was found dead inside a house in the 24000 block of Flanders Street Tuesday night after someone called 911 in reference to a shooting inside the home. Police believe an argument between Stineback and her husband escalated “to the use of deadly force by the husband,” according to the news release.

The couple’s 9-year-old child was checked out at an area hospital and then placed with family friends.