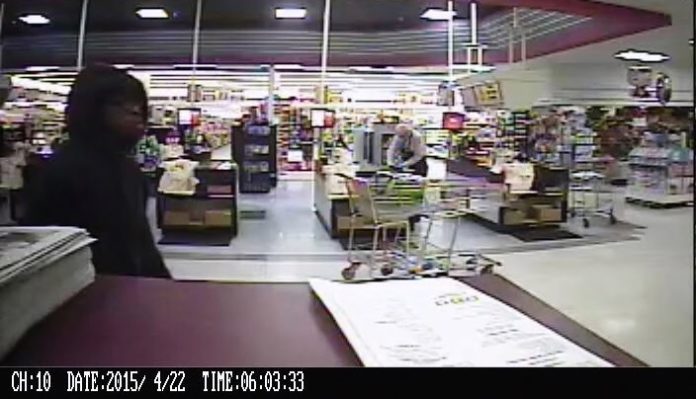 The Elkhart Police Department released surveillance photos Thursday, May 14, they hope will lead to tips in their search for the suspect they say robbed a Martin’s Super Market in Elkhart last month.

Police were called at about 6:15 a.m. April 22 to the Martin’s Super Market at 1200 N. Nappanee Street. Officers were told that a man entered the store, flashed a handgun to a clerk, took cash and ran from the store.

The black male suspect was described as 5 feet 4 inches to 5 feet 8 inches tall, weighing 150 to 170 pounds. The suspect was wearing all black clothing and a black mask.

During the investigation detectives reviewed video that showed images of people who were in the store at and around the time of the robbery, according to a news release from the Elkhart Police Department.

Detectives want to identify the subject seen in the photos and question him about the robbery.