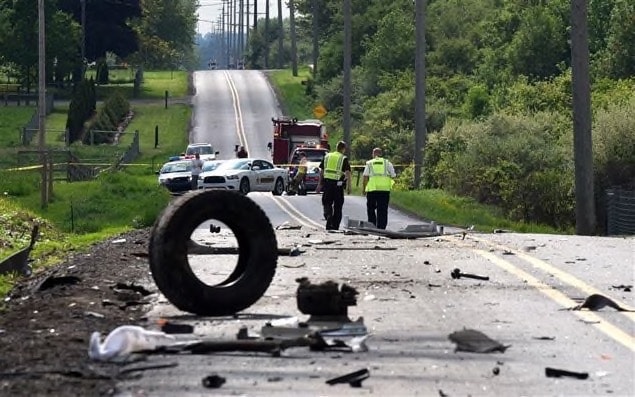 A 16-year-old girl has died after injuries in a crash south of Goshen.

Elkhart County firefighters and emergency medical services were called to the collision, which involved two trucks, according to 95.3 MNC’s reporting partners at The Elkhart Truth.

A fire official on scene said it appeared one of the trucks crossed the line, according to The Elkhart Truth.

16 year-old Lorinda Bontrager of Goshen was taken to Goshen Hospital where she later died, according to the Elkhart County Deputy Coroner.

An Etna Green man has died from injuries in a crash south of New Paris.

A semi driven by an Edwardsburg man was traveling east on U.S. 6 when a vehicle stopped on County Road 23 failed to give the right away and pulled into the path of the semi, according to a news release from the Elkhart County Sheriff’s Department.

24 year-old Nathaniel McConnell was a passenger in the vehicle. He was airlifted to Memorial Hospital in South Bend where he died from his injuries.

There were no other injuries reported.

A man has died after police say he crashed his semi into an abandoned building on U.S. 30 just east of Pierceton.

The semi was traveling west on U.S. 30 when police say the driver, identified as 45 year-old Mark Phillip Sikorski of Kenosha, Wisconsin, crossed the eastbound lane, then hit the building, according to the Kosicusko County Sheriff’s Department.

Sikorski died at the scene.

A dog was also in the semi at the time of the crash, but was uninjured.

The cause of the crash is currently under investigation.