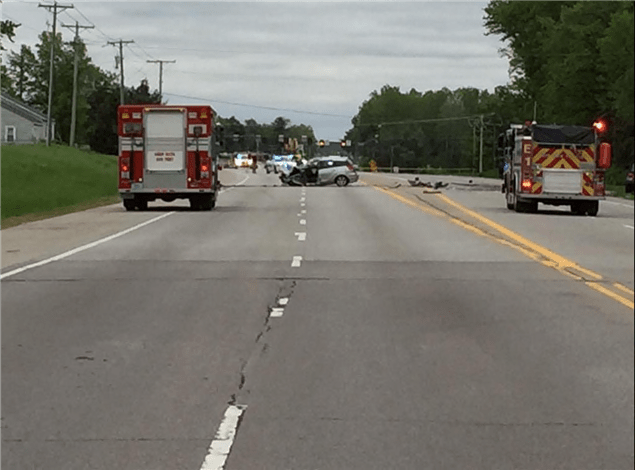 A 19-year-old Elkhart man was flown to Memorial Hospital of South Bend after a crash involving a semi and a passenger car in Elkhart County on Tuesday morning, May 19.

The car was traveling north on C.R. 17 when it crossed the center lane and collided head-on with the semi, according to a news release from the Elkhart County Sheriff’s Department.

The passenger car hit the semi’s fuel tank and the front dual tires on the semi cab, according to 95.3 MNC’s news partner, The Elkhart Truth. A Jeep avoiding the crash ran off the road.

The driver of the car, a 19-year-old Elkhart man, was flown to the hospital with a head injury, according to the news release.

Nobody else was injured int he crash.