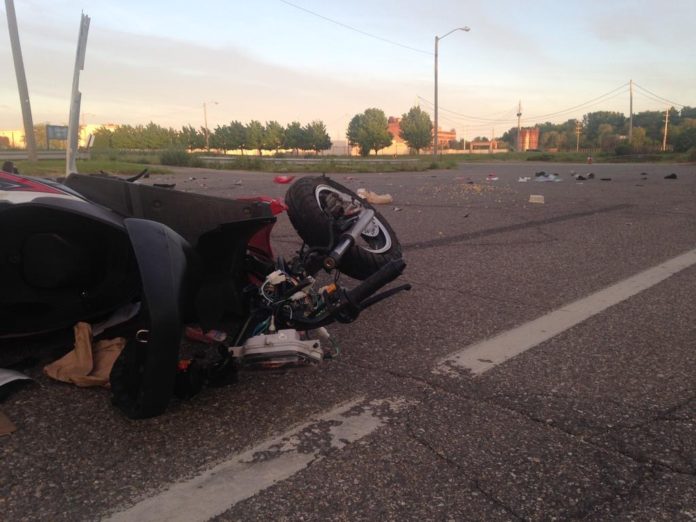 South Bend Police Department officers are looking for a vehicle involved in a hit-and-run crash that seriously injured a man riding a moped on Monday night.

The crash was reported Monday night, May 25, at Bendix and Roger Street in South Bend, according to a Tweet from South Bend Police.

Officers are asking everyone to avoid the area. Bendix Drive was closed in the immediate area while the investigation and crash clean-up got underway.

One man was taken to the hospital with serious injuries, according to South Bend police.

Bendix Drive was closed in the immediate area while the investigation and crash clean-up got underway. Pictures taken by a reporter with ABC-57 News show debris scattered across the roadway.