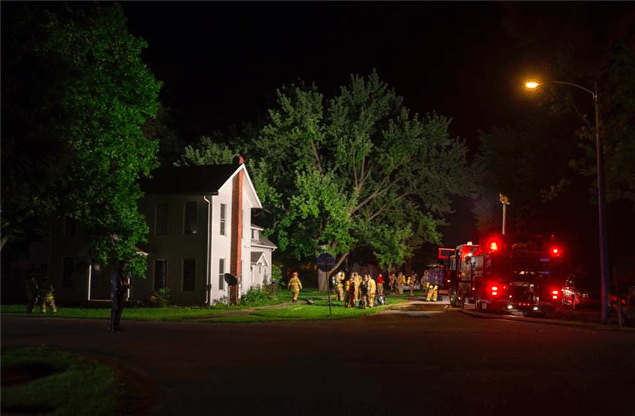 A Millersburg man has been arrested in connection with a house fire earlier this month.

Kevin Riegsecker, 38, was arrested late last week on a preliminary charge of arson in connection with the blaze on the 100 block of Clinton Street in Millersburg, according to 95.3 MNC’s reporting partners with The Elkhart Truth.

Riegsecker was living with another person and some dogs in the house, according to court documents.

Shortly after they left, Millersburg-Clinton Fire Territory Chief Dean Smith, who lived next door to the home, reported the fire.

The investigation showed the blaze started with an accelerant trail in the kitchen, which went through the dining room and living room, and ended at a one-gallon gas can.