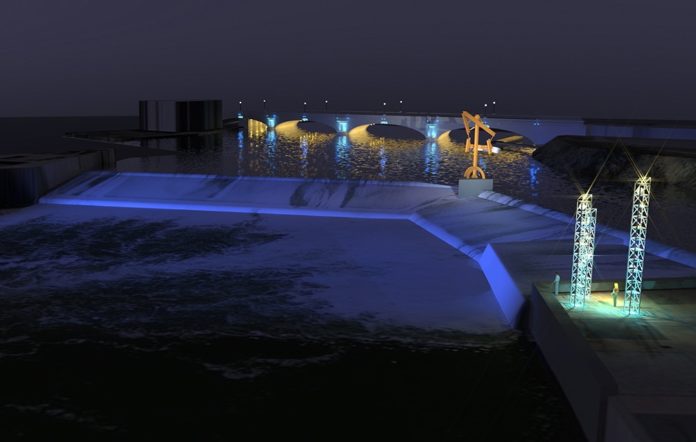 The SB150 celebrations are over, but the River Lights are forever.

OK, maybe not forever, but the interactive light installment on the St. Joseph River that debuted on Friday, May 22, is a permanent part of downtown South Bend that can be viewed every night all year round.

“It’s here. It’s ours to keep,” Aaron Perri, executive director of DTSB, told the South Bend Tribune. “This is something very special that people are going to be able to point to with civic pride.”

The lights will turn on about 30 minutes before sunset and remain lit until sunrise, the South Bend Tribune reported. The interactive features — sensors that detect motion and make the lights change color accordingly — will turn off at midnight.

Visitors can park downtown and walk to Island Park, Seitz Park, the Colfax Avenue bridge, the Jefferson Boulevard bridge or other public areas to see the lights.

The River Lights are LEDs powered by electricity. It costs about $15 an hour to power and the city expects to spend less than $5,000 a year to maintain it, the South Bend Tribune reported.

Read more about the River Lights, including the initial cost, in the full story from the South Bend Tribune.