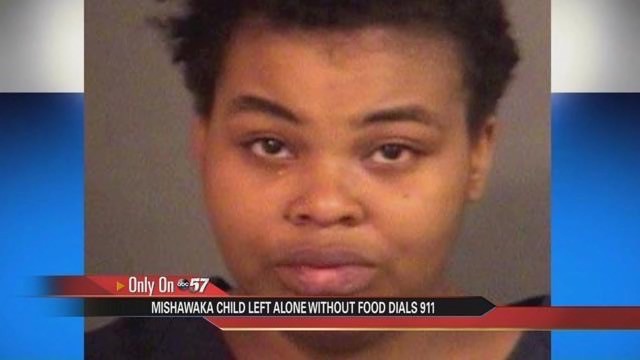 A 5-year-old boy called 911 because he was hungry after police say his mother left him and a 10-month-old baby home alone for several hours.

Police were sent to Pin Oak Manor apartments in Mishawaka on Friday morning, June 5, after receiving the 911 call from the child, according to 95.3 MNC’s reporting partners at ABC 57.

Police arrived at the complex shortly afterward and brought McDonald’s for the 5-year-old child. While there, they found that the children had been left home alone for at least four hours.

Darnisha Robinson, the children’s mother, was arrested when she returned home, ABC 57 reported.

Robinson was charged with two counts of child neglect, one count of maintaining a common nuisance and one count of all possession of marijuana, all level 6 felonies, according to court documents.

If convicted of all charges, Robinson could spend up to 10 years in prison.