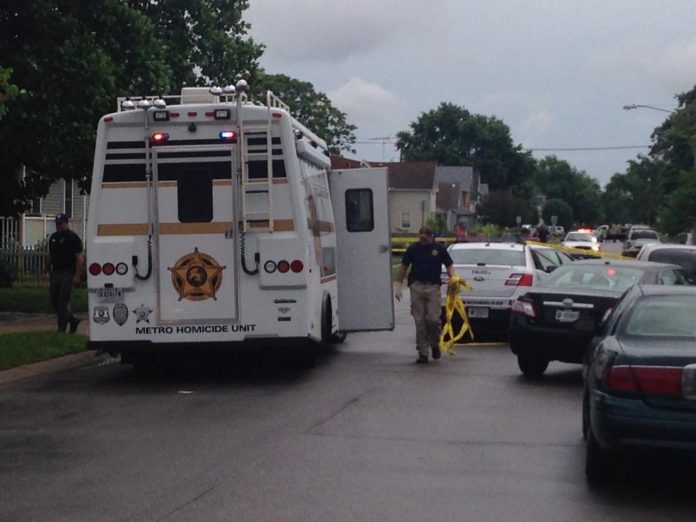 A woman was fatally shot in front of her toddlers in Mishawaka on Friday morning, June 12, according to police.

Police found the woman lying in the street in the area of Sixth and Logan streets with a gunshot wound and her two toddlers were wandering nearby when police arrived on scene, according to Lt. Dave Wells with the St. Joseph County Metro Homicide Unit. The children witnessed the shooting.

It’s unclear when the woman was pronounced dead.

The suspect has a one-month-old child with the victim and was last seen running north away from the area of Columbia and Fourth Street immediately after the shooting, Wells said. He was carrying a semi-automatic handgun.

Police are using K-9 units to search for him.

The toddlers and the one-month-old baby are in the custody of Child Protective Services. The infant is breast-feeding.

The shooting was first reported at about 11 a.m. in the 200 block of Columbia Street, just west of Logan Street, in Mishawaka, according to dispatchers.

This story will be updated as more information becomes available.