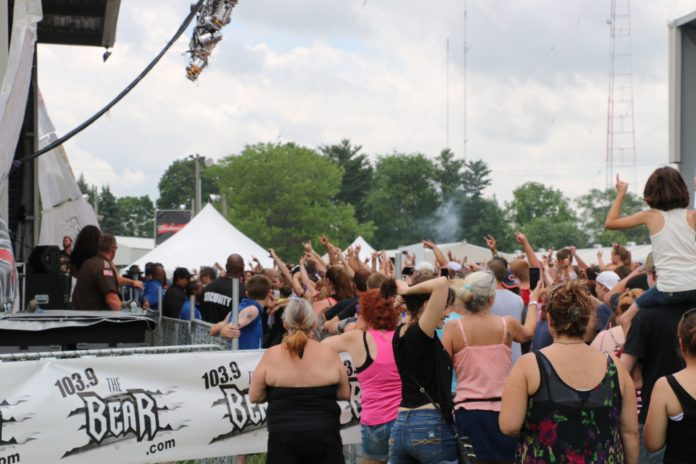 Indiana State Excise Police arrested 32 people on 42 preliminary charges during a concert put on by 103.9 The Bear on Sunday, June 14.

A 15-year-old boy seen drinking a beer near the stage was arrested and released to a legal guardian, according to the news release.

All 32 people were issued a summons to appear in court at a later date in St. Joseph County. Nobody was jailed.

More than 7,000 people attended the sold-out concert, which was held at the St. Joseph County 4-H Fairgrounds.

DISCLAIMER: News/Talk 95.3 MNC and 103.9 The Bear are both part of the Federated Media family of companies.