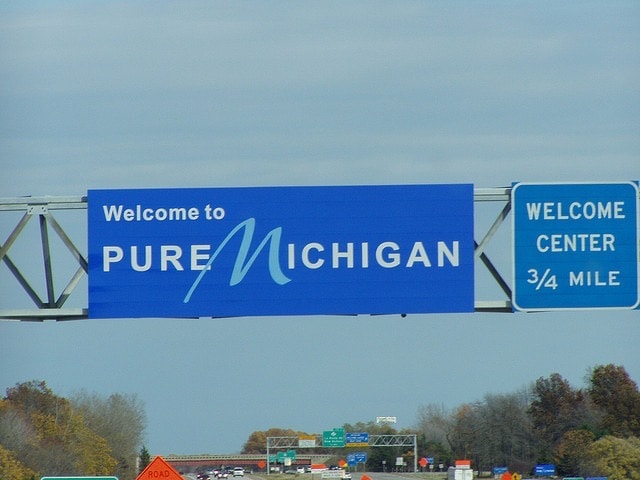 Michigan Governor Rick Snyder signed the $54.5 billion state budget that goes into effect on Oct. 1. Here’s how the spending plan could affect residents:

There are no tax increases or tax cuts. Lawmakers did not pass Snyder’s proposed health insurance claims tax increase to help fund Medicaid for low-income residents. The money needed for federal matching funding comes from the general fund.

There are $7.6 million in increased fees for agricultural, health facility inspections and other permits – 27 percent more than the $28.4 million collected this fiscal year. Legislators balked at a call for liquor license hikes.

If you have a child in a public or charter school, traditional per-pupil funding increases by between $70 and $140, or 0.9 to 2 percent. Exactly how much depends on whether you live in a higher- or lower-funded district. The net funding boost could be as low as $25 per student in some districts because the budget eliminates performance- and best practices-based funding. Schools with many low-income students may see hundreds of dollars more per pupil.

have a child in Detroit’s state-run school district, you are in limbo on whether the state will help rescue it from debt. Snyder called for $75 million for Detroit and other financially distressed districts. Legislators agreed to set aside $50 million but put off deciding how to spend it.

have children in kindergarten through second grade, they could get extra help reading under an initiative to get kids reading at grade level by the end of third grade. The budget includes $31.5 million for additional instructional time, literacy coaches and assessments.

attend one of the state’s 15 public universities, your tuition will rise no more than 3.2 percent or else the school loses operational funding that is increasing by 1.5 percent. Eastern Michigan University on Tuesday approved a 7.8 percent increase in tuition in fees, forgoing $1 million in funding.

may see more flexibility in when snow days are allowed. Schools can be closed automatically for up to six days for weather and other reasons such as sickness. Schools can seek a waiver from the state superintendent to get up to six more snow days, if they occur after April 1. The budget lets the superintendent grant up to three snow days instead of six, but they can be for any time during the year.

If you drive, you may see more construction. The budget includes $400 million in general funds for transportation. That is $115 million more than this year and $260 million more than required to qualify for federal matching dollars as fuel taxes do not generate enough anymore. It remains far short of the extra $1.2 billion Snyder and others say is needed to get deteriorating roads and bridges up to par. Legislative talks will continue over the summer after voters’ defeat in May of a lawmaker-proposed ballot measure that would have raised the sales tax to trigger additional transportation revenue.

Your local government gets about 2 percent more in shared revenue from the state.

There is nearly $1 billion more to account for higher-than-expected enrollment in Michigan’s Medicaid expansion program authorized by the federal health care law. It covers more low-income adults without health insurance.

If you like Michigan’s film incentives program, you are unhappy. This year’s budget initially had $50 million budgeted. It drops to $25 million next year, with all but $6 million being used to resolve debt for a film production studio, leaving the future of the incentives in doubt. The Legislature is still considering whether to end the program.

The budget includes an expansion of dental coverage for low-income children up to age 12 in Michigan’s three largest counties – Wayne, Oakland and Kent.

There is $1.7 million and five more positions in the attorney general’s office to test backlogged sexual assault evidence kits statewide except in Wayne County. The budget does not include $3 million that is in the current budget to help Wayne County prosecute rape cases resulting from testing a backlog of evidence discovered after the closure of Detroit’s crime lab.

There is $13.8 million, or nearly 11 percent, cut in the business revitalization and community revitalization fund. The pot of cash is used to give grants and loans to businesses that agree to expand or locate in the state.

If you like the Pure Michigan tourism campaign, be prepared to see more of it. The budget has $4 million more, or nearly 14 percent, for additional international marketing, new commercials and a website upgrade.

If you oppose senators’ planned move to a new office building, you are out of luck. The budget allocates proceeds from the future sale of the Farnum Building to the state. Democrats faulted majority Republicans for not blocking senators’ 2017 move to a building a block away, for which $70 million in bonds were issued to buy the new offices. GOP lawmakers have said they cannot stop a decision made by the former Senate leader last year.

There is $300,000 to implement a pilot program in which welfare recipients suspected of substance abuse will be given drug tests in three counties.

The W.J. Maxey Training School near Ann Arbor – one of three state juvenile justice facilities – will close by Oct. 15, saving $7.5 million. The 40 detainees will be transferred to other residential facilities.

If you want to become a state trooper, the state is planning another training academy. The 129th Trooper Recruit School is anticipated to commence in June and graduate 88 new troopers at a cost of $8.1 million.

$95 million is being added to the state’s savings account, or “rainy day” fund, bringing the total to around $600 million.