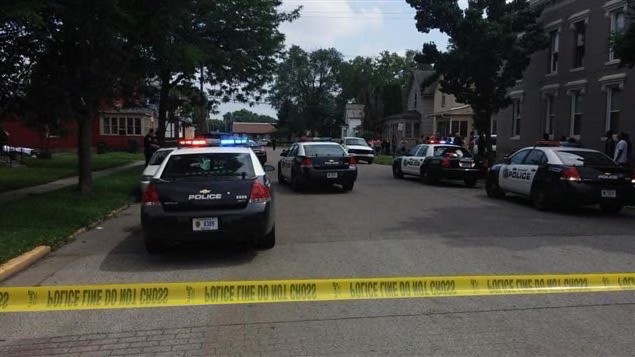 A man was shot and killed in downtown Elkhart on Saturday, June 20.

Elkhart Police were called to the 500 block of South Fifth Street in Elkhart around 3:30 p.m. where they found  Tommie L. Strowder, 38, of Elkhart, with a gunshot wound to the torso, according to 95.3 MNC’s news partners at The Elkhart Truth.

The victim was taken to Memorial Hospital of South Bend where he died.

Elkhart Police believe a verbal altercation may have led to the shooting.