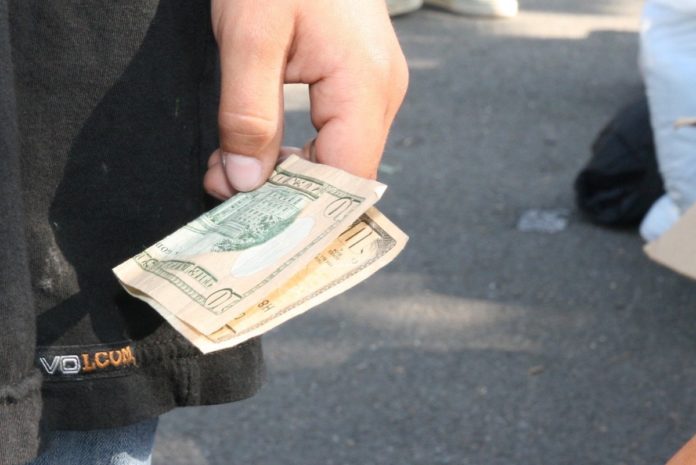 A group of people are tired of seeing panhandlers around Michiana and are hoping to tell other drivers not to get ’suckered’ into giving money to them.

Three women stood at the corner of Lincoln Way and Ironwood Drive in South Bend on Thursday handing out Dum-Dum suckers to drivers and carrying signs with messages such as “Honk if you’re sick of being suckered,” according to WNDU.

Annette Feirell said that while she understands times are hard for people, she believes more good would be done if people donated to and sought assistance from local charities.

“We do realize that there is a lot of needy people in our community,” she told WSBT. “And we are pleading and asking you to please donate to reputable charities. Let us help those people through the charities.”

Feirell added that panhandling is becoming more common around Michiana and she’s concerned that it makes the city look bad.

Feirell and the other women are part of a growing group on Facebook called Michiana’s Panhandler Invasion, WNDU reported.

The page has photos and descriptions of panhandlers seen around Michiana. Commenters often state that they believe some of the panhandlers are scammers and don’t genuinely need help.

The page also has posts of job listings.

Panhandling is legal between sunrise and sunset in Indiana, but can become a misdemeanor charge in certain situations. Panhandlers must be alone, can’t stand near ATMs, banks or restaurants and can only approach people if they signal that they want to speak with or donate money to the panhandler.

The entire panhandling code for the state of Indiana is available online.

A public meeting for people concerned about panhandling is planned for 5 p.m. Monday, July 6, at the South Bend Common Council office, according to Derek Dieter, an at-large council member.