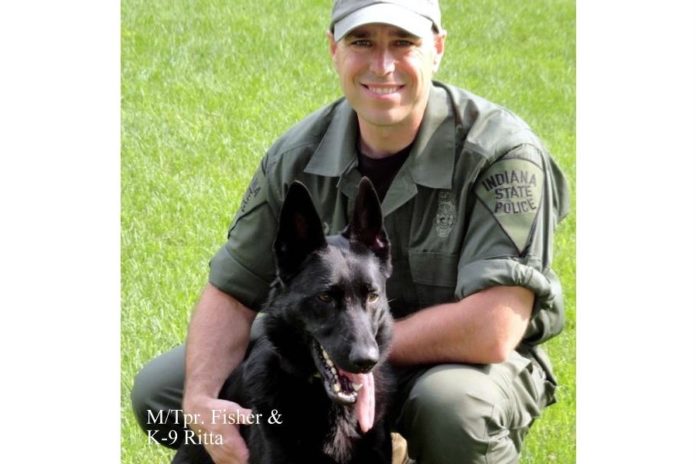 Master Trooper Derek Fisher and Ritta passed the National Odor Recognition Test, according to a news release from the Indiana State Police.

The NORT test is the benchmark for using dogs to detect explosives. Fisher said dogs — and their noses — are major assets when it comes to detecting explosives.

“The main advantages in using the K-9 are their mobility and ability to search large areas and suspicious items relatively quickly for explosives,“ he said in a statement.

Fisher is a member of the Indiana State Police’s Special Operations Section, according to the news release. While the 16-year veteran will focus on covering the northern areas of Indiana, he can respond to any incident throughout the state.