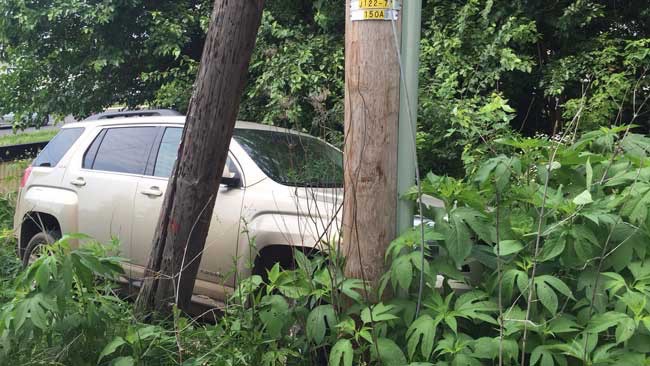 Police are searching for a suspect they say led officers on a chase in a stolen vehicle, crashed in Granger and fled the scene.

At about 11 a.m. Friday, July 3, a deputy with the Cass County Sheriff’s Department began pursuing a vehicle that had been reported stolen, our news partners at ABC 57 reported. The suspect driving the vehicle then led multiple officers on a chase down S.R. 23, WNDU reported.

However, the car chase ended in Granger when the suspect crashed into a telephone near the intersection of S.R. 23 and Herbert Street, WNDU reported. The driver then escaped from police, who have set up a two-mile perimeter to search for him, ABC reported.

Police think the suspect might be in the area of the KOA campgrounds and are searching the area with K-9 units, Fox 28 reported.

Earlier this week, a male suspect in the same stolen vehicle led police on a chase in Elkhart County, WNDU reported.

We will continue updating this story as we learn more.