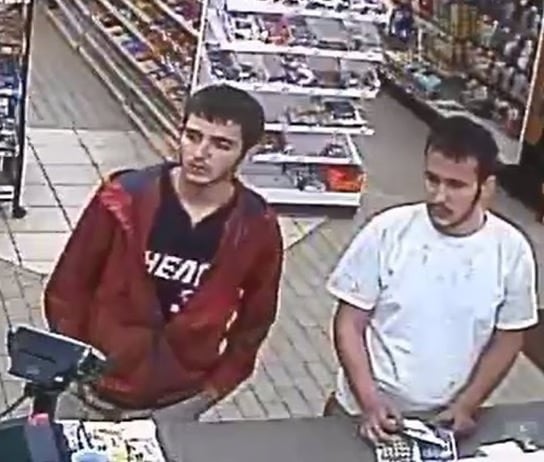 The Elkhart Police Department is asking for the public’s help in identifying and finding two suspects who used counterfeit money to make a purchase.

It was around 8:30 a.m. Tuesday, May 19, when the suspects walked into the Phillips 66 at 2701 West Lexington Avenue and made a purchase using a counterfeit money, according Sgt. Chris Snyder with EPD.

The suspects were driving a white Chevy Impala.