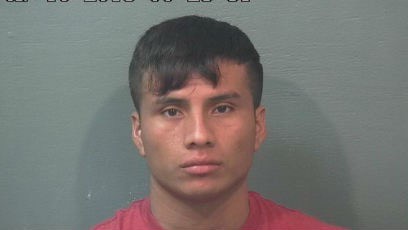 A 13-year-old girl who was reported missing in Polk County, Florida on Thursday, July 9, was found in Van Buren County, Mich., and her suspected kidnapper was arrested.

Aurelio Hernandez-Gomez, 23, of Chiapas, Mexico, was also found there.

Hernandez-Gomez is suspected of sexually assaulting the girl while at the home. He told deputies that he entered the United States illegally, ABC 57 reported.

Hernandez-Gomez was arrested and taken to the Van Buren County Jail. He was arraigned Friday, July 10, on criminal sexual conduct and kidnapping charges.

Children’s Protective Services in Michigan took custody of the girl. Arrangements are being made to reunite the victim with her parents in Florida.

Investigators are asking anyone with additional information to contact the Van Buren County Sheriff’s Office, at 269-657-3101.