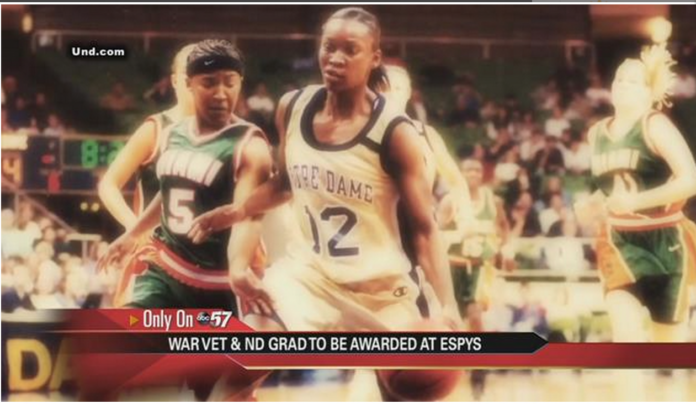 Green, who played guard, served in Iraq was previously honored with a Purple Heart for her service, according to 95.3 MNC’s partners at ABC 57. A grenade hit her and she lost her left hand.

She will be recognized again Wednesday night, July 15, in Los Angeles and will be awarded the Pat Tillman Award for Service, according to ABC 57. She is the second recipient of the service award.

Green now works as a readjustment counselor at a South Bend V.A. clinic to help veterans with post-traumatic stress disorder, anxiety and other things as they integrate back into society, she told ABC 57.