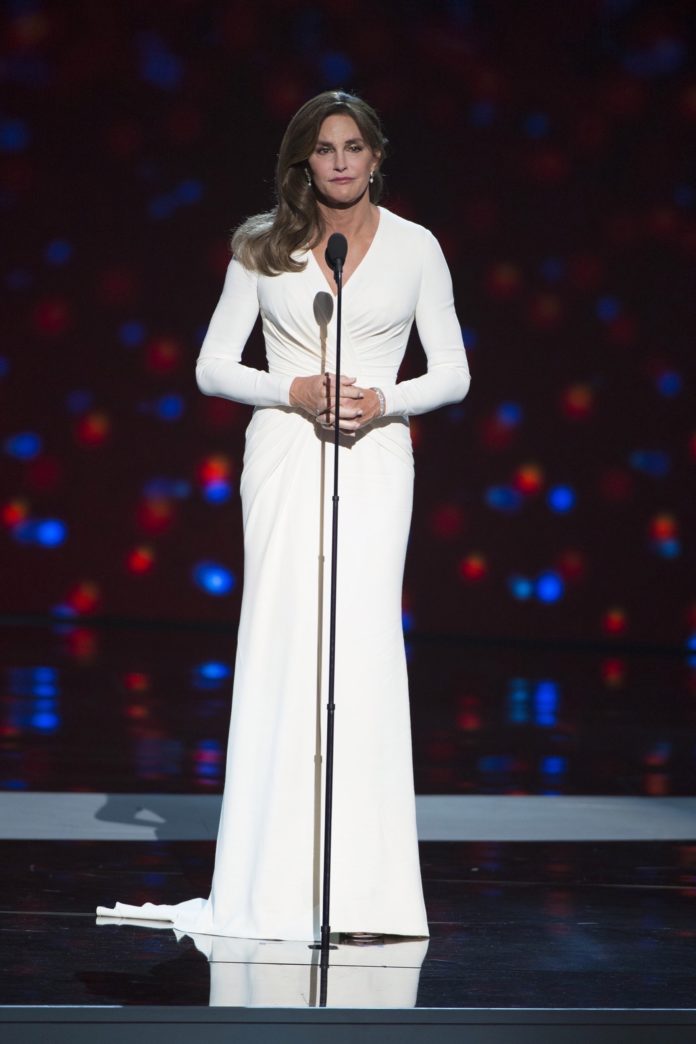 LOS ANGELES (AP) — Caitlyn Jenner accepted the Arthur Ashe Courage Award at the ESPYs while urging acceptance for others who are transgender.

Jenner received a standing ovation from the sporting world’s biggest stars after her 10-minute speech Wednesday night during the annual awards honoring the year’s top athletes and moments.

Jenner says she wants to use her powerful celebrity platform to help transgender people achieve acceptance and she urged the audience to learn about people different than themselves.

“I know the people in this room have respect for hard work, for training, for going through something difficult to achieve the outcome that you desire. I trained hard, I competed hard, and for that, people respected me,” she said.

“But this transition has been harder on me than anything I could imagine. And that’s the case for so many others besides me. For that reason alone, trans people deserve something vital. They deserve your respect. And from that respect comes a more compassionate community, a more empathetic society, and a better world for all of us.”

Abby Wambach of the U.S. soccer team that won the Women’s World Cup presented the trophy to Jenner, whose voice broke as she thanked members of her famous family, including stepdaughters Kim and Khloe Kardashian. Tears welled in the eyes of Jenner’s younger daughter, Kylie, whose sister, Kendall, wiped a tear from her eye.