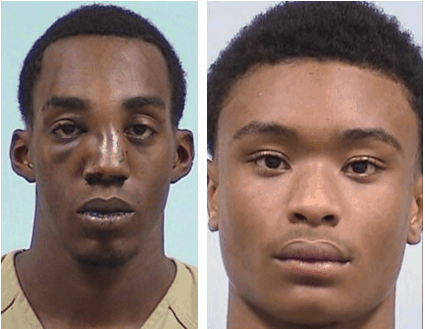 ELKHART, Ind. (AP) — Two teens have been given prison sentences of more than 50 years after being found guilty of murder in the shooting death of an 18-year-old Elkhart man.

The Elkhart Truth reports19-year-old Freddie Rhodes was sentenced Thursday to 58 years, while 17-year-old Deante Dalton received a 55-year sentence. A jury found the two guilty of felony murder June 22 in the death of Dre Tarrious Rodgers.

According to court documents, Rodgers was shot several times in September during a struggle over a handgun when he and the two defendants tried to rob a home.

Rhodes and Dalton were found responsible for his death under an Indiana law that allows someone to be charged with murder if a person dies while a felony is committed, even if they didn’t personally kill them.

Read more about the sentencing and the history of the case in the full story from The Elkhart Truth.