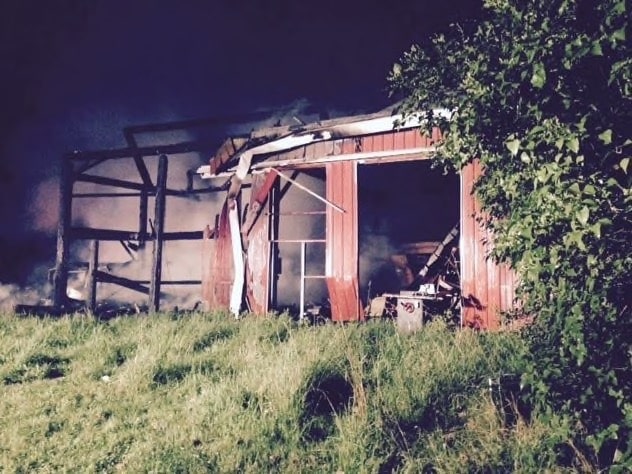 The frame and part of a wall are all that is left of a barn near South Bend after lightning struck the barn and ignited a fire early Friday morning, July 17.

Nobody was injured in the fire. The barn’s owner told ABC 57 that he isn’t concerned about the damage because he was planning on having the barn demolished anyway.