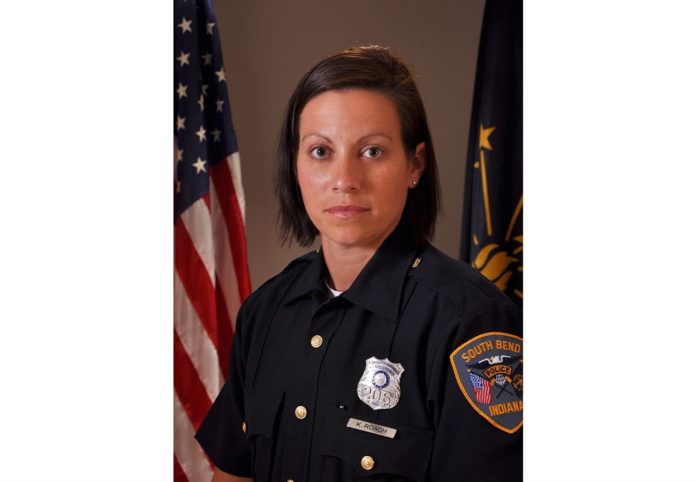 A South Bend Police Department officer was hospitalized after she was punched in the face by a suspect early Tuesday morning.

Officers were called to the area of Dr. Martin Luther King Jr. Drive and Colfax Avenue at about 4:59 a.m. after someone reported a man was walking down the street and punching cars, Division Chief Scott Ruszkowski with the SBPD said in an interview Tuesday morning.

The suspect, 28-year-old David A. Davis, seemed to be compliant and put his hands behind his back to be handcuffed, but then when Officer Katrina Roach moved close, he turned around and punched her in the face, Ruszkowski said.

Roach was treated at Memorial Hospital with a broken nose and will be examined in several days to check for more facial injuries, according to Capt. Phil Trent with the department.

Davis was arrested on preliminary charges of aggravated battery (two counts) and resisting law enforcement after a scuffle with other officers.