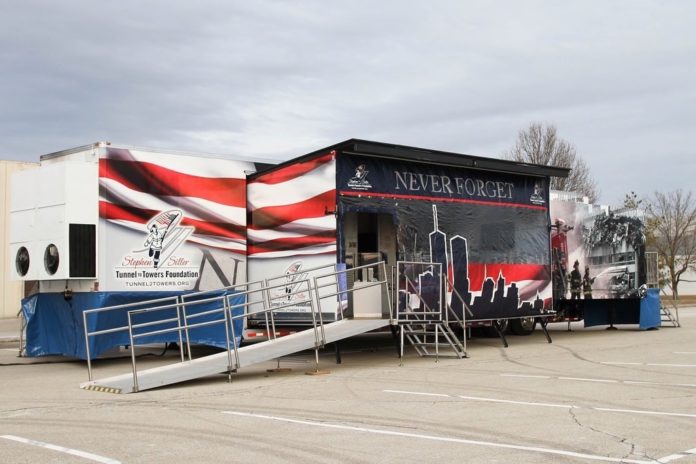 Area residents are invited to line up along the route for the 9/11 Never Forget Exhibit as it makes its way through Elkhart and Goshen to the Elkhart County 4-H Fair on Tuesday, July 28.

The mobile exhibit is on a bus and features steel beams, documentary videos, radio transmissions and and live tours from FDNY firefighters, according to a news release from Kristy Ambrosen, marketing coordinator for the 4-H fair.

The procession will kick off at about 2:30 p.m. at North Side Gym in Elkhart. It will head south on Main Street and turn right on West Marion Street. It’ll pass by The Elkhart Truth building before turning left (south) onto South Third Street, which turns into Benham Avenue.

From there, the bus will turn left (east) on C.R. 20/Mishawaka Road and then turn right (south) onto U.S. 33. The bus will travel through downtown Goshen before heading east on C.R. 34.

The exhibit is expected to arrive at the grandstands at the Elkhart County 4-H Fair at about 3:30 p.m. Tuesday.

An opening ceremony for the 9/11 Never Forget Exhibit is planned to begin at 9 a.m. Wednesday, July 29.

News/Talk 95.3 MNC’s Mark McGill will be broadcasting live from the exhibit from 2 to 5 p.m. Wednesday.

First Friday in Downtown Goshen is ready for the holidays