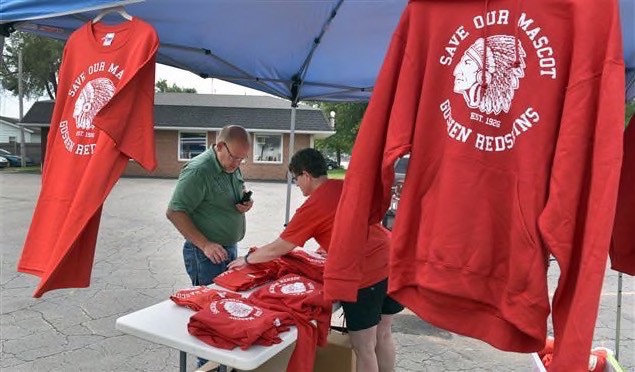 The debate over the Goshen High School Redskins mascot came to a final vote at the Goshen Community Schools school board meeting on Monday, July 27.

The board’s 5-2 vote in favor to retire the name came after members heard more than three hours of public comment with dozens of people speaking on both sides of the issue.

The debate over the “Redskins” mascot resurfaced about a month ago by two community members who asked the board to consider changing the name, according to 95.3 MNC’s news partners at The Elkhart Truth.

Those two members and others who agree with them say the word “Redskin” is a racial slur and using that term as a mascot is offensive and derogatory.

However, those who support the mascot say they are proud to be Redskins and they believe that the word honors Native Americans.

The Redskins mascot will be officially retired effective January 2016.

There was no decision made on a new name. That will happen during a later time.

Read more about the debate in the full story from The Elkhart Truth.