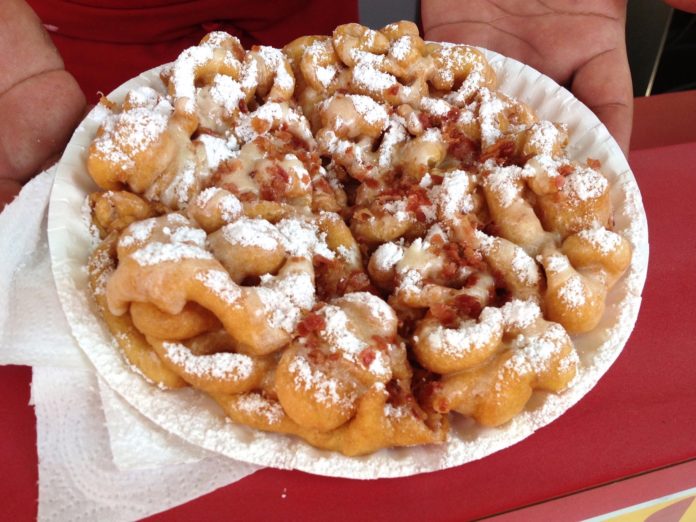 For most, the Elkhart County 4-H Fair means ice cream at the Dairy Bar, seeing concerts at the grandstand and noshing on a funnel cake.

Each county fair comes once a year and is a beloved part of the community, but just how bad for you is that plate-sized funnel cake?

Another fast-casual pizza chain could join the scene in St. Joseph County.

Pie Five Pizza, a build-your-own pizza chain, finalized a contract to open a restaurant at a new shopping center on Main Street in Mishawaka, according to Flavor 574.

Customers can choose from different crusts, sauces and toppings to make their own pizza for $6.99.

Franchisee and restaurateur Carl Dissette said he hopes to open in late spring or early summer 2016.

For more details about the restaurant, see the full story on Flavor 574.

There’s one more place to get hibachi and sushi in Michiana.

East Tokyo Hibachi, 1290 E. Ireland Road, opened in mid-July, giving folks on the south side of South Bend a hibachi option, according to Flavor 574.

There are six hibachi grills on one side of the restaurant, each of which can accommodate 10 people.

See the full Flavor 574 story for more details about the menu.