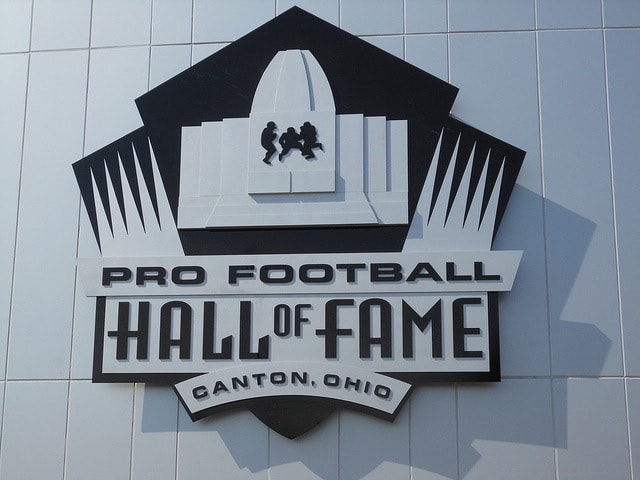 Ron Wolf and Bill Polian were also enshrined for their front office work.

Brown’s last catch was a winner.

The longtime Raiders wide receiver entered the Pro Football Hall of Fame on Saturday night, more than a decade after the end of a career that saw him catch 1,094 passes and score 105 touchdowns.

Brown says he was worried his time would never come after getting passed over several times. He told his wife if he didn’t get in this year he may have to wait until he became eligible for the veteran’s committee.

The nine-time Pro Bowler was presented for induction by his brother Donald Kelly.

Bettis, the sixth-leading rusher in NFL history became the 17th Steeler to enter football’s most exclusive club when his bust was unveiled in front of a packed stadium, many of them Steelers fans who made the two-hour trip from Pittsburgh to give Bettis a rousing send-off.

Bettis entered the Hall in his fifth year of eligibility. The six-time Pro Bowler helped the Steelers to six playoff appearances and the franchise’s fifth Super Bowl title in 2006, which the team won in Bettis’ hometown of Detroit. He retired immediately after the game.

Haley cracked jokes about some of his former owners between heartfelt disclosures of his battle with depression.

Tingelhoff didn’t say a word, instead letting Hall of Fame teammate Fran Tarkenton speak for him shortly after Tingelhoff’s bust was unveiled.

Shields joked he’s glad he didn’t grow another couple of inches because if he was taller he might have been moved to tackle and might not have ended up in Canton.

A huge throng of Steelers fans waved terrible towels as Bettis was introduced.

Seau’s daughter, Sydney, and his sons were on hand when their father’s bust was unveiled in Canton, more than three years after Seau took his own life.