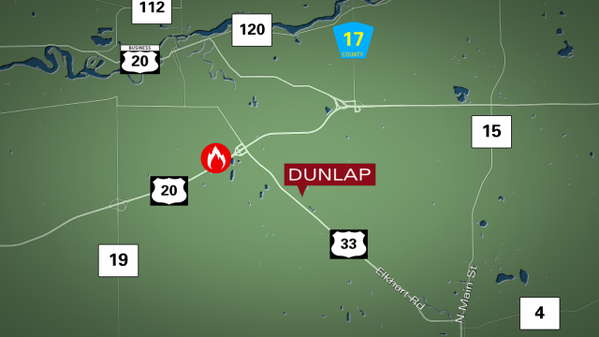 The driver of the semi — 43-year-old Scott Bruck of Monroe, Mich. — was headed westbound and smashed into the back of another westbound semi, according to a news release from the Elkhart County Sheriff’s Department.

The driver of the rig that hit the other semi then jack-knifed. The semi then caught fire.

The driver died at the scene.

The driver of the semi that was rear-ended was not injured.

The incident is still under investigation by the Elkhart County Sheriff’s Department Crash Investigation Team.