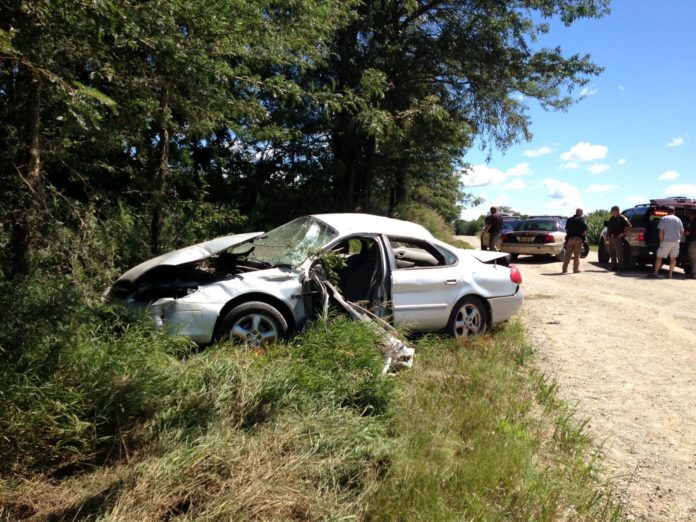 One teenager died and another teenager is in serious condition after a one-vehicle crash south of Mentone.

The collision happened around 11 a.m., Wednesday, Aug. 12, along County Road 500 South, east of State Road 19, according to a news release from Kosciusko County F.A.C.T. investigators.

On arrival, crews found the driver, Jordan Anthony Shafer, 18, of Rochester near the crash of a passenger car.

Shafer died from blunt force trauma injuries he received after being ejected from the vehicle, according to Kosciusko County Coroner Michael Wilson.

Shafer’s 19-year-old passenger was transported to Lutheran Hospital in Fort Wayne and is listed in serious condition.

Shafer was traveling eastbound on County Road 500 south when his vehicle went off the south edge of the roadway, according to the news release.

Shafer lost control of his vehicle and it began to roll on the gravel surface, ejecting him approximately 40 feet into a tree-line area, according to the news release.

EDITOR’S NOTE: Due to a source error, the original version of this story included an incorrect spelling of the crash victim’s last name. This story has been updated and is now correct.