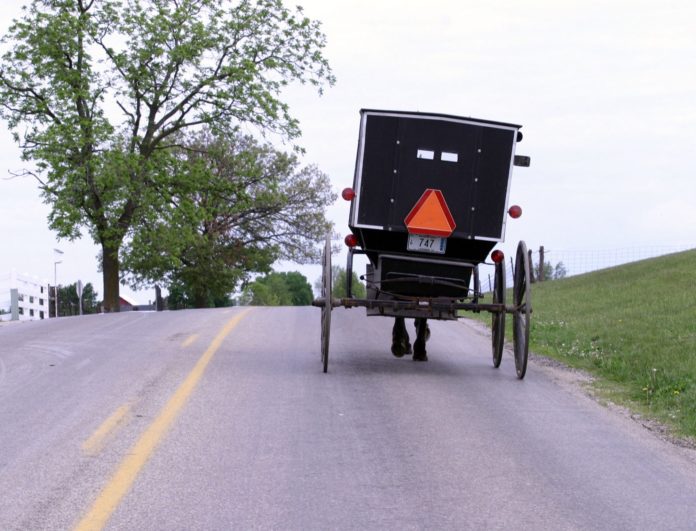 TOPEKA, Ind. (AP) — Officials in LaGrange County say an 11-month-old girl was killed and two other children were injured when a vehicle struck an Amish buggy near Topeka.

The accident happened about 10:30 p.m. Thursday in the northern Indiana town about 45 miles north of Fort Wayne. LaGrange County Sheriff’s Department investigators say the girl was thrown from the buggy and pronounced dead at the scene.

WANE-TV in Fort Wayne reports that a 2-year-old boy and a 3-year-old girl were taken by air ambulance to a Fort Wayne hospital.

Police say the driver of the vehicle was arrested on preliminary charges of minor in possession of alcohol, learners permit violation, traveling too fast to avoid a collision and traveling too closely.

The children’s identities have not been released.