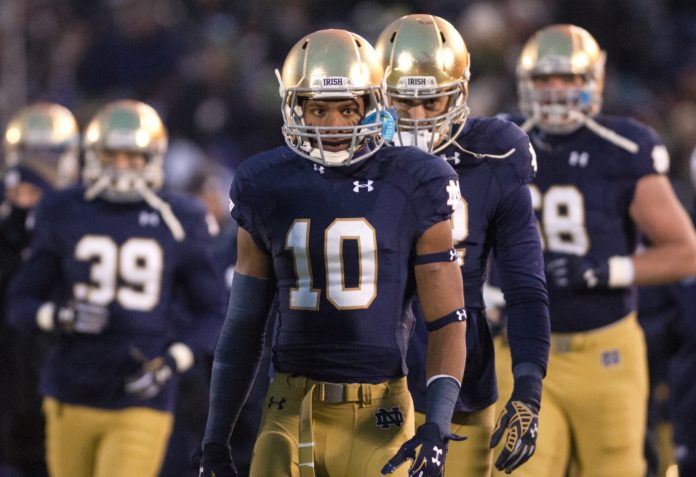 The Notre Dame athletics ticket office is warning football fans that counterfeit tickets to the home opening game on Sept. 5 are being sold on third-party websites, according to a news release from the University of Notre Dame.

Fake tickets are commonly sold, but Notre Dame is receiving more frequent reports sooner than usual, according to the news release.

Football fans can avoid the risk of counterfeit tickets by buying tickets directly from Notre Dame.

Anyone who suspects they are in possession of phony tickets should contact their local law enforcement agency, according to the news release.

Questions can also be answered at tickets@nd.edu, 574-631-7356 or by visiting the Notre Dame athletics site.