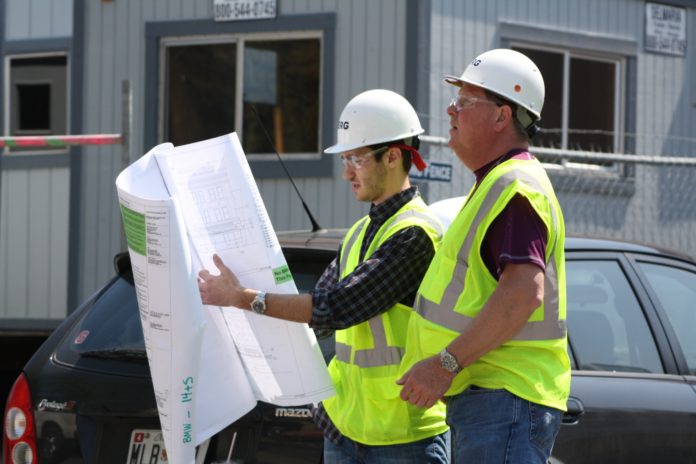 Applications are being accepted for a new cooperative housing development that aims to revitalize the Lincoln Park neighborhood on South Bend’s west side.

The development — called South Bend Mutual Homes — features 24 single family houses. Each home has either two, three or four bedrooms, a full basement and a garage on individual lots.

Low-income residents who want to be more involved in their community and are interested in an affordable alternative to renting an apartment or seeking out a mortgage are encouraged to apply.

Residents who are accepted to move in to one of the houses will pay about $500 up front and then a monthly payment of $253 to $632 plus utilities, according to a news release from Kara Kelly, director of communications for South Bend Mayor Pete Buttigieg’s office.

In exchange, residents will work together to manage their community — in essence, they will be their own landlords.

“(Residents will) mow their own grass and shovel their snow. They’ll set the operating budget and hire the property management company,” Anne Mannix, president of Neighborhood Development Associates which is partially responsible for the project, told 95.3 MNC Tuesday. “They set operating policies, like what are the rules? Can people have dogs? Can people paint their walls? Things like that.”

The project costs about $4.7 million total. It’s being funded by $479,996 a year for 10 years in tax credit from the Indiana Housing Finance Authority and a $400,000 grant from the Federal Home Loan Bank of Indianapolis, according to the news release. The grant is locally sponsored by 1st Source Bank. The city of South Bend’s HOME funds and low-income housing tax-credit equity are also contributing money.

The minimal debt involved with South Bend Mutual Homes will translate into long-term affordability for residents, Mannix said. Once the debt is paid off, it’s never refinanced, so residents will be eventually responsible for just the operating costs.

That long-term affordability is attractive for residents who otherwise may not be able to afford their own homes, but who want more flexibility and economic stability than a rental apartment or house might offer, Mannix said.

“I think there are a lot of people who they may end up being renters for 30 years,” she said. “It may not make a lot of economic sense, so this is (a different) option.”

The project is also an effort to improve the quality of life in the neighborhood, which is part of Buttigieg’s vacant and abandoned property initiative. A research group from IU South Bend will study the cooperative’s effects on the surrounding neighborhood.

Neighborhood Development Associates, South Bend Heritage Foundation and Justus Property Management are looking for a individuals, couples and families to move in as early as January.

Applicants must have an income that is less than 60 percent of the median income in the area. That’s equal to $34,380 for a family of four, Mannix said.

Applicants must also have no criminal background in the last five years, good credit records and a history of participating in a variety of community activities.

“We want people who will pitch in and help with the cooperative,” Mannix said. “For example, one person may have a truck and want to help move furniture. Others may like to garden or cook and others may want to be in the bylaws committee.”

Anyone interested in applying can call the South Bend Heritage Foundation at 574-289-1066 and have an application sent to them. Applications can also be filled out in person at the foundation, 803 Lincolnway West, South Bend.

“It’s a good neighborhood and it’s close to downtown and Lincolnway and the West Washington neighborhood,” Mannix said. “I think it’s got a lot of positive features.”