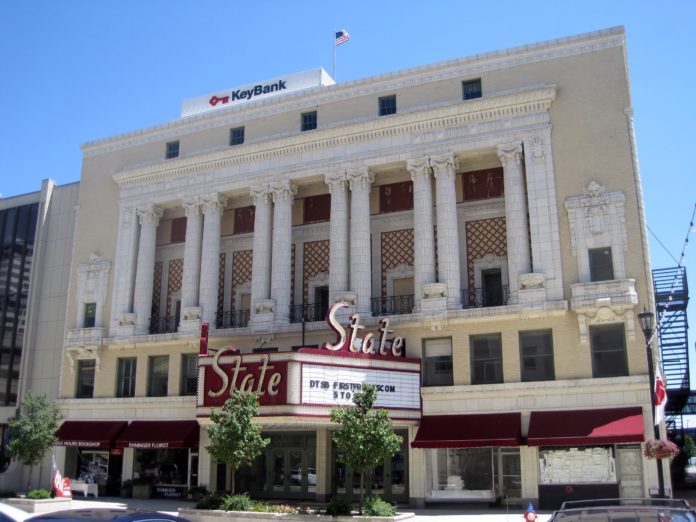 SOUTH BEND, Ind. (AP) — A nearly century-old theater in northern Indiana that originally showcased vaudeville acts is back on the market only a few years after it was purchased by its current owner.

Assaf Dagan bought The State theater in downtown South Bend out of foreclosure in December 2011.

Dagan tells the South Bend Tribune he’s put the 42,000-square-foot, three-story building up for sale for about $1.5 million because he wants a new owner, developer or business partner to take the project to the next level.

The historic building includes the theater and commercial space rented by a bookstore and other businesses.

The State opened in 1921 as the Blackstone Theatre Vaudeville House and was renamed The State in 1931. It operated as a movie theater before closing in 1977.