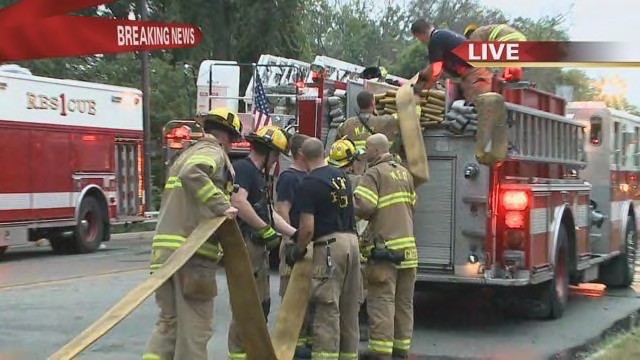 It was a busy morning for Mishawaka Fire Department crews as they battled a fire at a vacant commercial building in the 1800 block of Lincolnway West.

On arrival, crews saw flames shooting out of the roof of the building.

Two ladder trucks were used to pour water on top of the building to extinguish the flames, according to ABC 57.

A portion of the roof collapsed and firefighters had to push the west wall out of the building.

There were no injuries. The cause of fire was still under investigation as of 11 a.m. on Sunday.