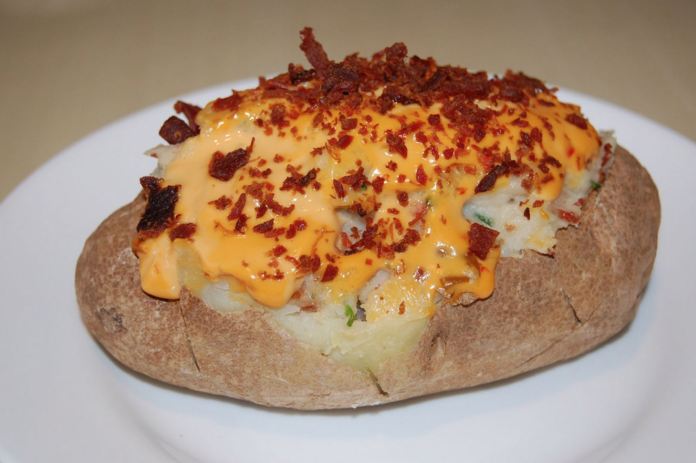 TASTE OF INDIA SET TO OPEN IN SEPTEMBER IN MISHAWAKA

Another Indian restaurant is opening soon in Mishawaka.

It’ll have specialties unlike other restaurants, such as Nalli Vindaloo, a six-hour braised lamb shank made with chili vinegar, among other things.

There will also be a lunch buffet with 24 different sweet and savory dishes.

For more details about the menu and hours, see the full story on Flavor 574.

A baked potato bar is moving into the former Sassy’s Cafe space in the University Park Mall food court.

Grand Rapids, Mich.-based chain, Load A Spud, is set to open in the food court in mid-September, Flavor 574 reports.

There are menu options like the Meat Lover’s potato, but guests can also build-their-own. Vegan options are also available.

Three sure signs of fall: bonfires, flannel shirts and the return of Starbucks’ Pumpkin Spice Latte.

Early last week, the company announced it would now include real pumpkin in the pumpkin syrup, which also includes sugar, some spices and sweetened condensed milk, according to Flavor 574.

The drink will be back Sept. 8 nationwide with some stores releasing the drink early Sept. 4.

The Morris Inn at Notre Dame is back again after four months of renovation.

Among the changes are a new woodstone oven that will churn out pizzas, a service window and new landscaping.

WHERE TO GET BRUNCH IN MICHIANA

We get it, brunch is a time-honored tradition best spent with friends and family.

Lucky for us folks in Michiana, there’s no shortage of places to grab a plate of eggs Benedict and a mimosa, should there be a need for one this weekend.

For more food news delivered right to your inbox, sign up for newsletters with Flavor 574.