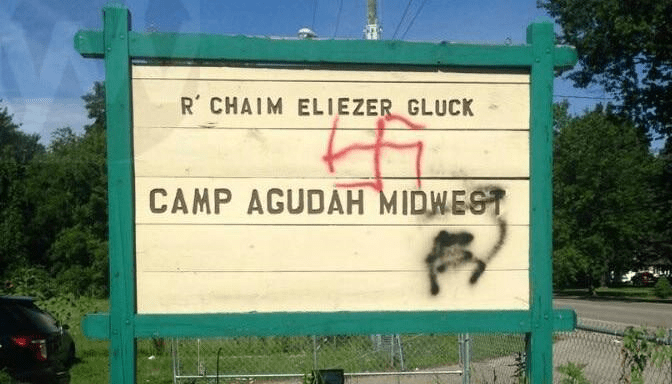 Three men from the South Haven area were arrested Thursday, Aug. 27, on warrants in connection to swastikas spray-painted on property at Camp Agudah, a Jewish summer youth camp.

Each warrant was for four misdemeanor charges of malicious destruction of property. If convicted of all charges, each man would face a maximum of 641 days in jail and up to $3,500 in fines.

Swastikas were found spray-painted on a sign, a building, a car and picnic tables at Camp Agudah, 68299 C.R. 388 in South Haven in July. Police believe the vandalism happened sometime the night of July 25 or early in the morning of July 26.