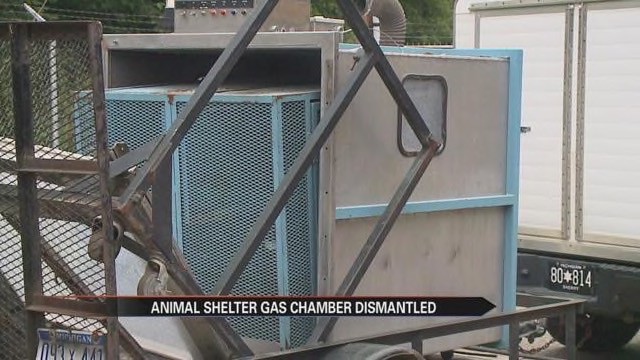 Officials at Berrien and Van Buren counties in Michigan decided this week to end the use of gas chambers at county animal controls for euthanizing animals.

Van Buren County Animal Control closed their gas chamber on Tuesday and Berrien County commissioners passed a resolution Thursday to ban the chamber at the county’s animal control on Thursday, according to 95.3 MNC’s news partners ABC 57.

The gas chamber at Berrien County will be phased out over the next 90 days. Eventually all animals at both animal control facilities will be euthanized with lethal injection.

The ban in Berrien County doesn’t apply to private veterinarians because they need it for safety reasons.

“One of the vets said that a raccoon grabbed his syringe when he was trying to sedate him, so there is a protocol that has to be followed for worker’s safety,” Mac Elliott, Berrien County Commissioner told ABC 57.

Cass County Animal Control is the only county animal control with a gas chamber in the state of Michigan.