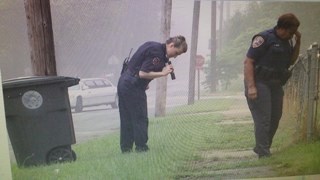 SOUTH BEND, Ind. (AP) — A South Bend police officer working a routine investigation has reported being fired on by someone in a passing car.