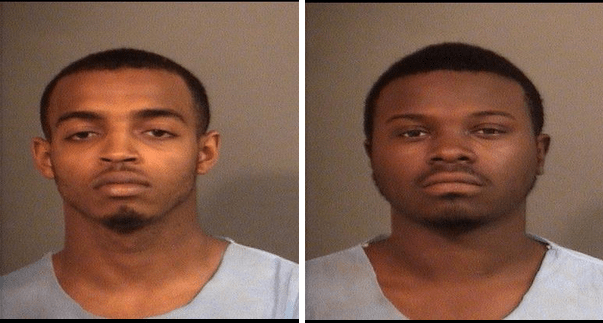 Two men were arrested in connection to an armed robbery reported at River Park Liquor Barn in South Bend on Saturday night, Aug. 29.

Theodore Brown, 20, of Gary, and Jamar Crawford, 21, of Chicago, were arrested on preliminary charges of armed robbery, according to 95.3 MNC’s news partners ABC 57.

A South Bend Police Department officer witnessed the armed robbery at about 10:42 p.m. Saturday, according to the South Bend Tribune.

Officers and K-9 units immediately surrounded the store and searched the area. The suspects were found hiding underneath a porch, the Tribune reported. One of the men was armed with a shotgun.

Both men are being held at the St. Joseph County Jail.